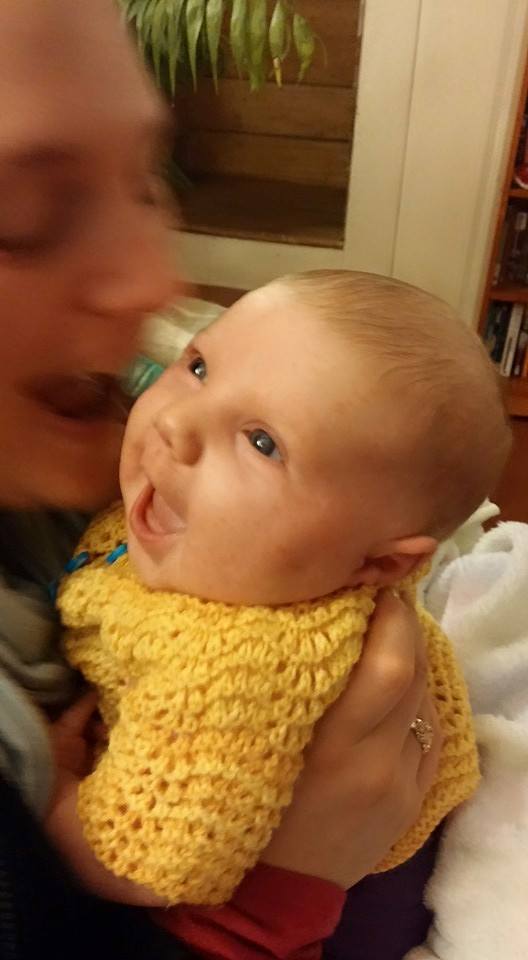 Odessa Rose and her Mum

Stepping Onto the Path of Motherhood

In honor of Mother’s Day today, Sarah Lipton, Shambhala Times Editor-in-Chief and new mother, decided to share some thoughts about her new journey as well as some wisdom from a recent conversation with Lama Tsultrim Allione on the topic of motherhood. The conversation took place as part of the Radical Compassion project shared between the Shambhala Times, Retreat.Guru and Naropa University. Read more about Radical Compassion here.

Odessa Rose just completed her third month of life. Doesn’t sound like much, but we’ve already come a long way together. Besides the unadulterated bliss…there’s the laundry, right?

“You have to make mothering a path, and see it that way,” according to Lama Tsultrim Allione. For me, so far, this means weaving. I am always Odessa’s mum, but I am also learning to be all the other pieces of myself.

“Motherhood,” says Lama Tsultrim, “is not really valued as a path. It’s not considered practice to nourish your baby.” But it has to be, otherwise, how do we grow our babies and how do we grow ourselves? There are two ways I am looking at this right now: how I bring my path of mothering to the cushion, and how the path of nurturing my baby is – in and of itself – practice.

We have, as a family, been getting to the cushion. This doesn’t mean we have intensely “serious” practice sessions all the time. It’s hard not to giggle when Odessa is staring at you and then grinning when you look back at her, or laugh when she starts pulling on the mala moving through your hand. And of course, we have to smooch her a lot too, just to satisfy our cravings for that yummy baby. But we’re getting to the cushion, and that is satisfying.

“I remember many days where my kids were tearing apart my shrine as I was sitting there,” Lama Tsultrim shares, “and just having the sense that it could all be there. I didn’t have to separate everything, or separate my practice from my children.” Odessa becomes part of our practice.

And then, there is life with baby as practice. Lama Tsultrim recommends trying to “stay present in spite of immediate distractions.” This has actually felt quite natural. Odessa herself is so present that there is nowhere else I’d rather be. When she is sleeping, I have been learning to focus my mind on getting the stuff done (like work) that I can’t when I am engaging with her. This is the weaving practice I mentioned earlier. In fact, as I type this right now, Odessa is napping on my lap. But it’s good we also get to the cushion, because as Lama Tsultrim points out, “We can say everything’s practice… but you can’t have the post-meditation experience without the meditation experience.”

The more present I am with Odessa when she needs me to nurture her, the more we are both able to relax. A good example is when she’s ready for a nap. If I am busy doing something other than putting her to sleep, Odessa starts fussing and crying. And if I decide to ignore her so I can “finish what I’m doing” (putting my needs above hers), Odessa starts hollering. I learned pretty quickly to put down my thingy (literally and figuratively) and listen to her. As soon as I listen to her, she knows, quiets down, and will let me sing her to sleep. Then once she’s asleep I can again pick up the pieces of whatever I was trying to accomplish.

Motherhood, so far, is 1000% about generosity practice.

Lama Tsultrim Allione talks about a few ways to intentionally create practice around being a mother. “One of the practices that I sort of invented as I was nursing,” she shares, “was to visualize that although I was nursing this one child, I was nursing all sentient beings, and offer the milk of loving-kindness.” There it is – generosity practice.

She also built alters with her children. “They all had alters in their rooms, and so that was their practice. These alters were really individual and represented their spiritual path,” she says. “I also did a lot of ceremonies with them, transforming the normally meaningless holidays into celebrations with some spiritual meaning.”

Lama Tsultrim also shares that they “always did a silent prayer before meals, holding hands and just connecting with each other. We did things like that to bring some sense of ceremony and awareness into the ordinary. It’s interesting because my kids all resisted these things when they were growing up, but now they do them with their own kids, and we still do them as a family.”

As Odessa grows, and I in turn grow, I imagine we will twist ‘round each other like the bramble and the vine (to quote an old song my husband and I sang together at our wedding). We will find ways to practice on and off the cushion, learning to create space for us both to grow as we need to. As Odessa embarks on the path of childhood, I too embark on the path of motherhood. For I am choosing to see this new adventure as a path.

And whoops! I have to go – someone has just woken up!